What we ChoOse to See

What do artists choose to represent from what they see, and what do we choose to see in what they represent.  What do we see? Why do we see the way we do?  And what do we not see?  How much of this is controlled by our conscious and how much by our subconscious?  How much is determined by our existing knowledge and how much by assumptions assimilated from our personal experiences?  How does an artist choose what to portray and what not to?  And how do we decipher and interpret this information?

It was English art critic, novelist, painter and poet, John Berger, who wrote, in his acclaimed essay Ways of Seeing, that “perspective makes the eye the centre of the visible world” but also that “the relation between what we see and what we know is never settled”. Perception is so much more than the reality in front of our eyes, but rather a complex, and constantly shifting, collision of everything we are and understand it to be. How does this affect our perception of art? How does an artist choose what to portray and what not to? And how do we decipher and interpret this information?

This exhibition features the work of five artists who are exploring some of these questions, and therefore is a chance for the audience to Pause. Think. And look again. To explore the ways in which they choose to see. 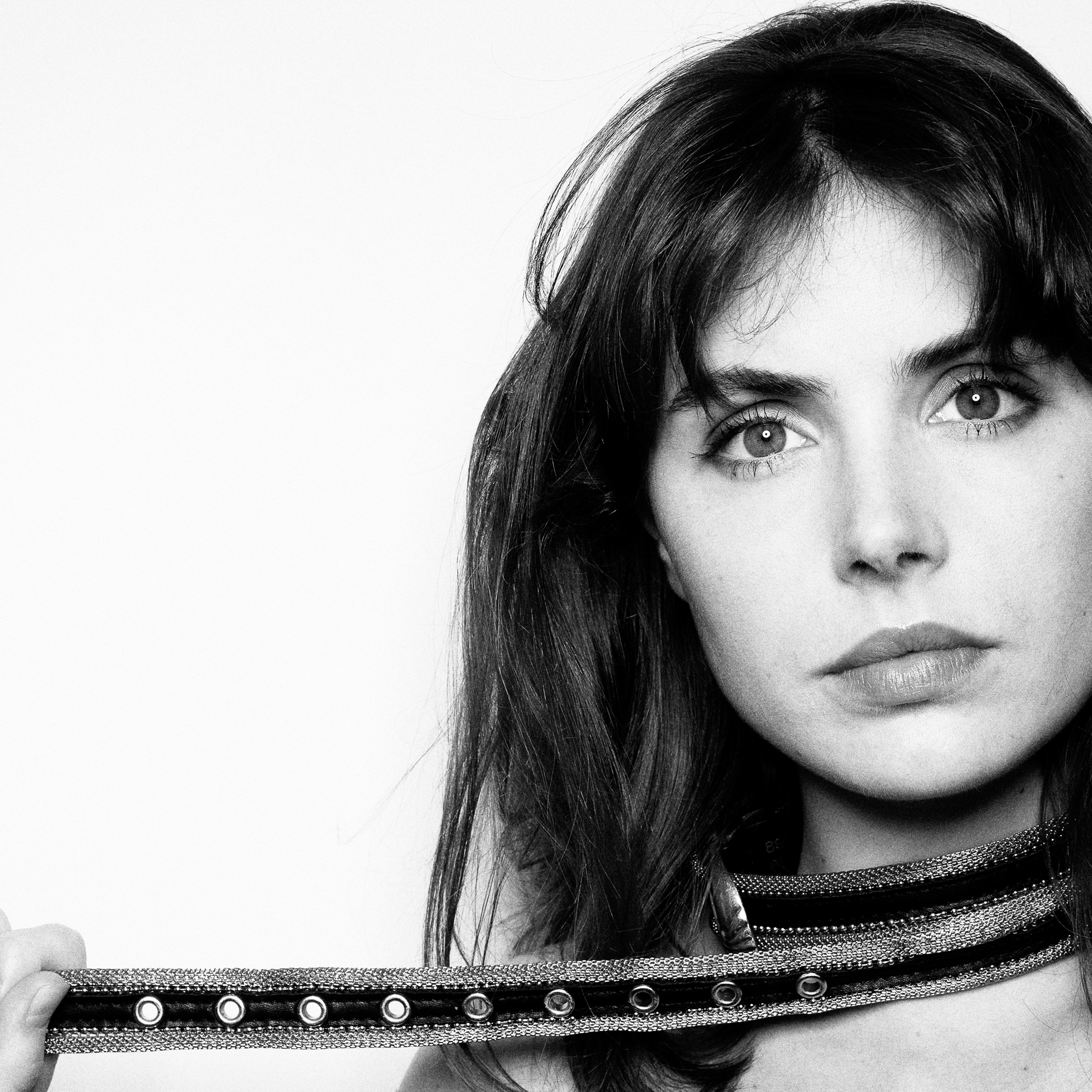 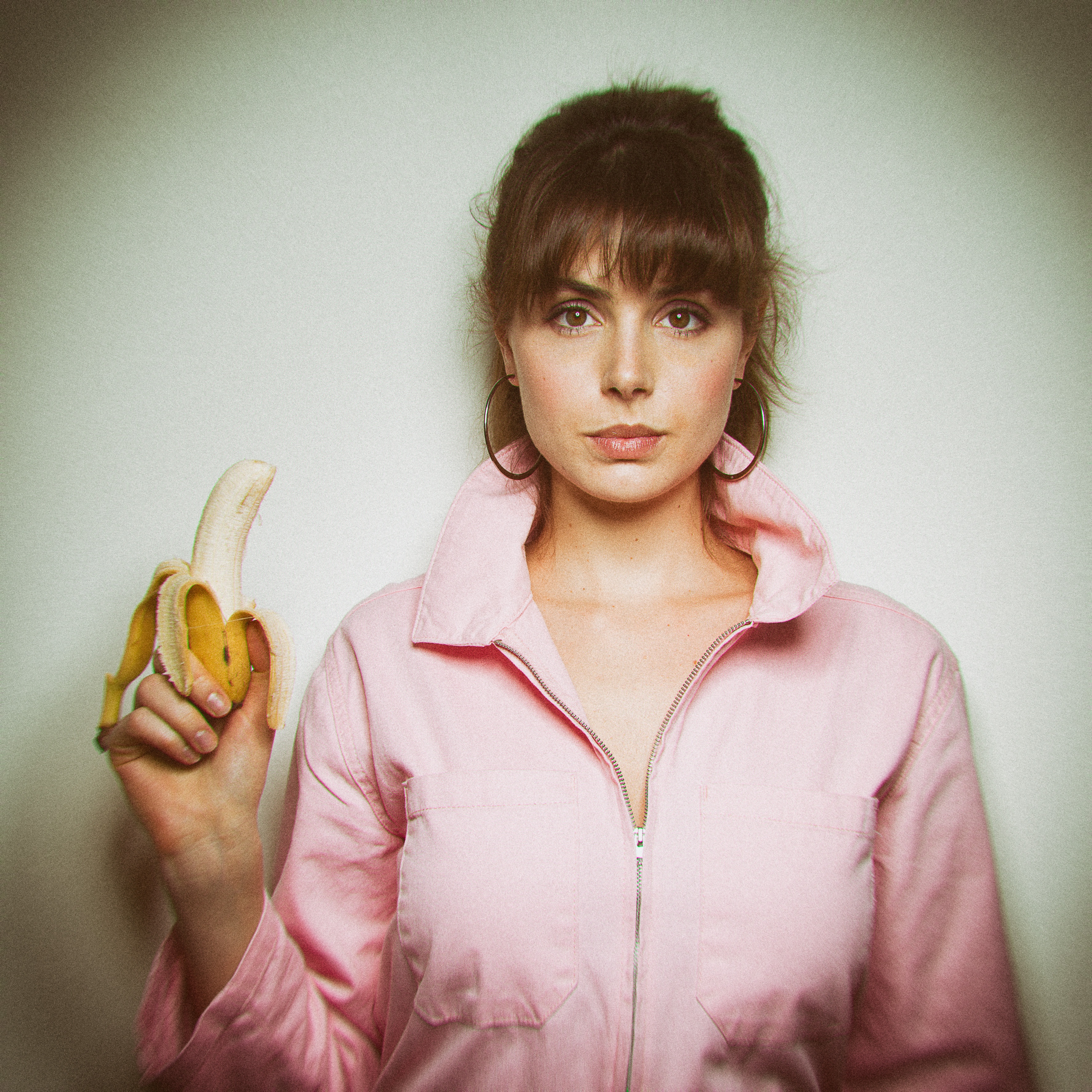 I have always photographed people.  When the actor Genevieve Gaunt and I met a year or so ago we agreed that I would make a portrait of her.

During our subsequent conversations we spoke about lighting, setting and styling and threw around lots of ideas for a storyline we would construct to run behind the images.

We landed on something quite simple and powerful that employed her talent and skill as an actor; to be a different character in each of the images by simply changing expression, hair, make-up and clothing.

The choice of what we see in a person can be lead by their choice (conscious or not) of how they present themselves and how we the viewers, choose in turn, to interpret that face according to our set of chosen (conscious or not) prejudices.

An actor has to be a chameleon camouflaging their own self to appear that of their played character. As a photographer I have the chance to light and print the image in any way I choose and so lead how the viewer sees also.

These nine images play with the viewer jumbling up the ‘truth’ by varying facial expressions, light and print treatment.  While not binary like the blue dress gold dress perception, there is a a game to play choosing which image is most likely Genevieve.

It turned out that by coincidence Candida and I were simultaneously working on similarly themed projects so it is apposite that my work appears in this show. 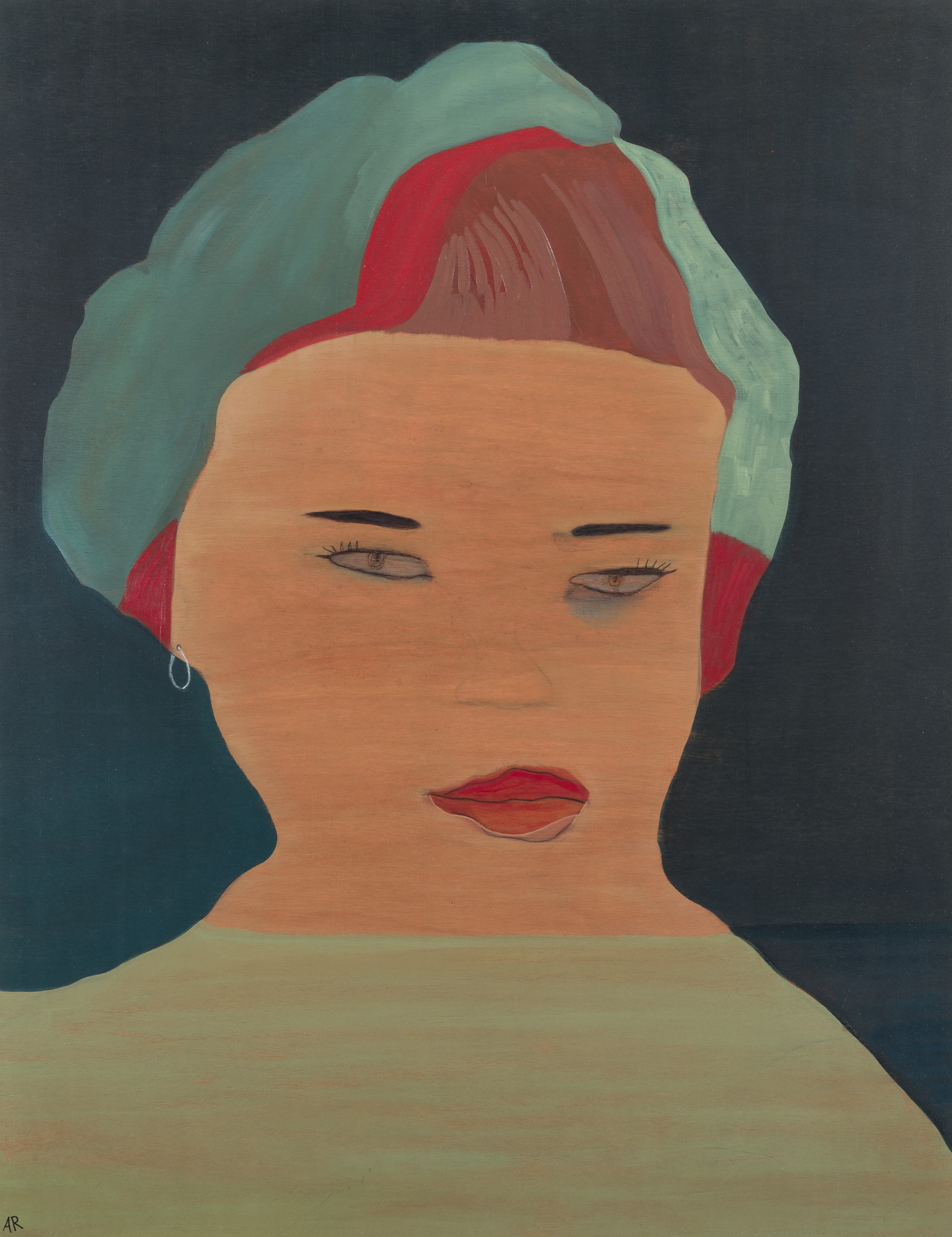 intention to catch our eye. Our eye is always caught.

painting but by the time it’s finished, whatever initially drew me in, will

have become much clearer.

The two girls, recurring in paintings throughout this year, were originally

taken from a photograph by Carolyn Drake. Only when I was writing this

piece did I discover the title of the photo was ‘ Orphan Girls ‘ . At the

time I didn’t want to know, I wanted to choose what to see.

“The precision of naming takes away from the uniqueness of seeing.”

What did I see in this photograph? Two girls in a room, Sunday best

clothes perhaps, holding hands, walking away from us towards a door,

slightly open, casting a beam of light across the floor. I’d no real idea

what I was looking at or why I was so taken with it.

on a station platform while waiting to board a train for school. The poster, for Start-Rite shoes, was of two children walking away into an unknowable, endless distance.

Few people will know these images therefore I have no idea what they will be seeing when they look at my paintings. I do know people will see different things, maybe conflicting things. A sad image…..a romantic image…. slightly sinister perhaps…. a glimpse of two children happily returning home…. or running away…. a beginning or an end? 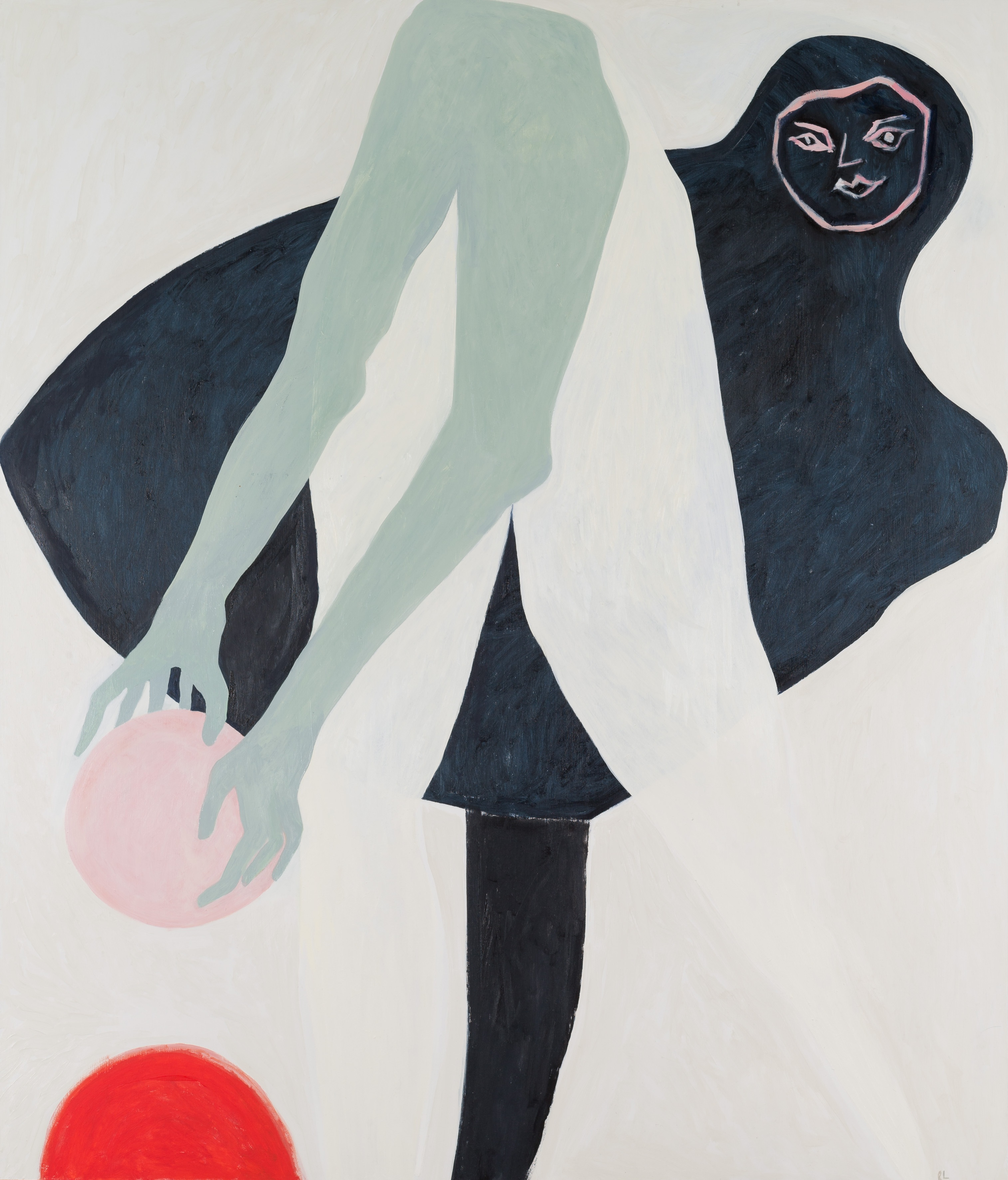 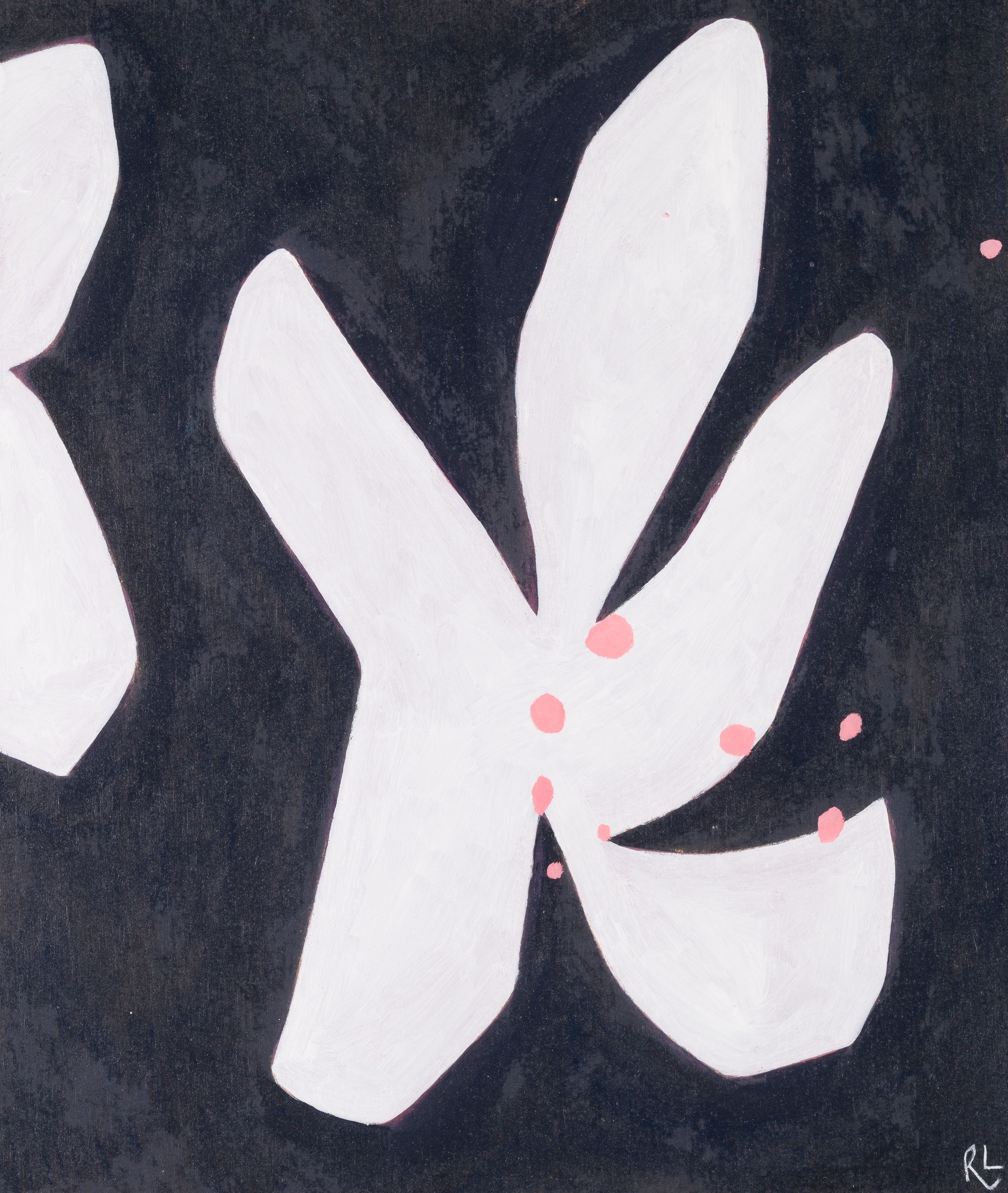 My paintings are concerned with nature. The landscape, its detritus. Things I observe when moving through it, punctuating my own narrative (most of these paintings were envisaged or made during my wife’s pregnancy with our second child and in the immediate months following his birth).

The occupants of my paintings may be animal, vegetative or manufactured – things lived, found or imagined. They may be real or unreal, beautiful or banal. Things far away or right in front of my eyes. Some are fecund, others lethal.

The aim is for the painting to possess duality, setting motifs of life, fertility and ripeness against the inexorable markers of death and decay. The motifs employed, at first glance in juxtaposition, may in fact be proximal -- that wafer-thin distinction between these harbingers of life and death dissolvable in an instant.

In some cases, the motif itself may possess a duality of meaning, disturbing the painting’s conceit. Indeed, one such motif deployed in some of my paintings – the mistletoe berry – is, for many, synonymous with fertility and the amorous Christmas tradition of kissing beneath it, an act that has no doubt triggered a series of events leading to the generation of new life, although to ingest the fruit may prove fatal in sufficient concentrations. Further mystifying this apparent duality is its mooted therapeutic qualities, suggesting that to live we must court death.

So, the question is: as we stumble across life’s minutiae, which from these do we chose or, perhaps, prefer to see, and to those what meaning do we attach? 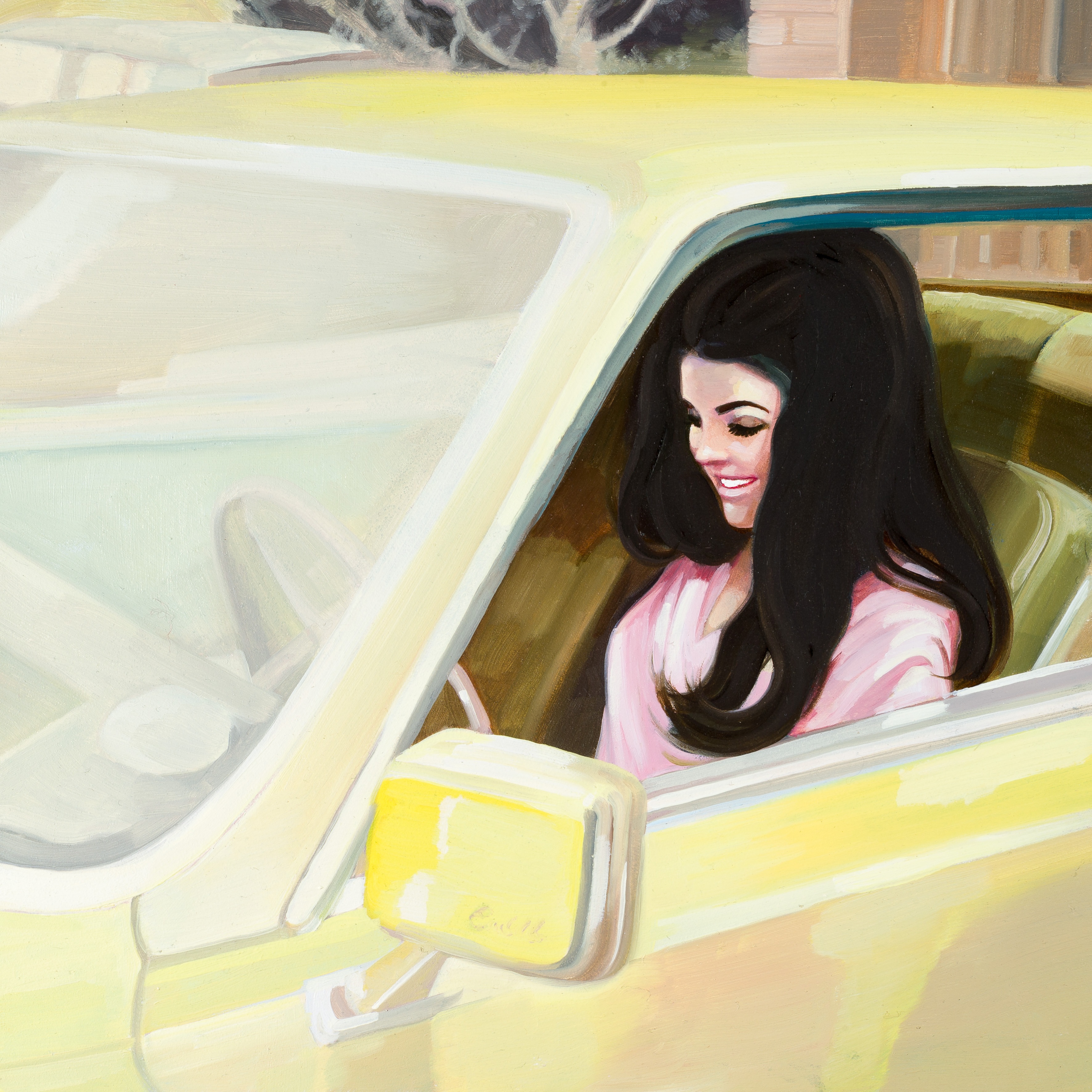 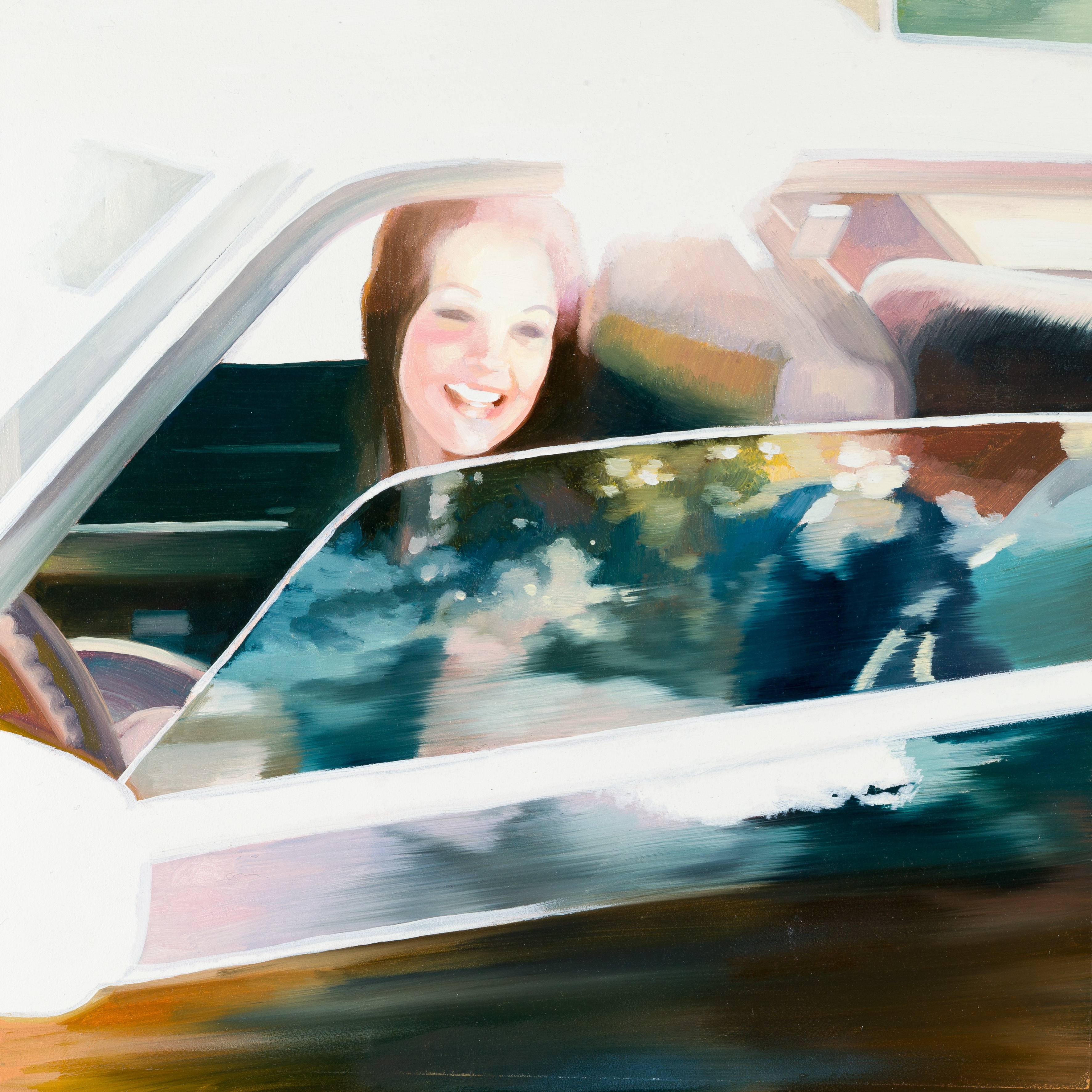 Priscilla Presley was married to Elvis Presley for 6 years. The paintings comprising this series, ‘Leaving Graceland’ are based upon fan photographs of Priscilla Presley taken at the gates of Graceland. There are 28 images in the set which represent Priscilla's age when she and Elvis divorced.

Priscilla was 14 years old when she met Elvis and 16 years old when she moved to Graceland. She was the lone female in a compound populated by men. Priscilla’s excursions in her car were mostly to study at beauty school and take karate lessons, seemingly arbitrary hobbies but a chance for Priscilla to develop a life beyond that of her famous husband, with whom her identity had become so entwined.

A stunning brunette out for a ride or a beautiful bird fleeing a gilded cage. 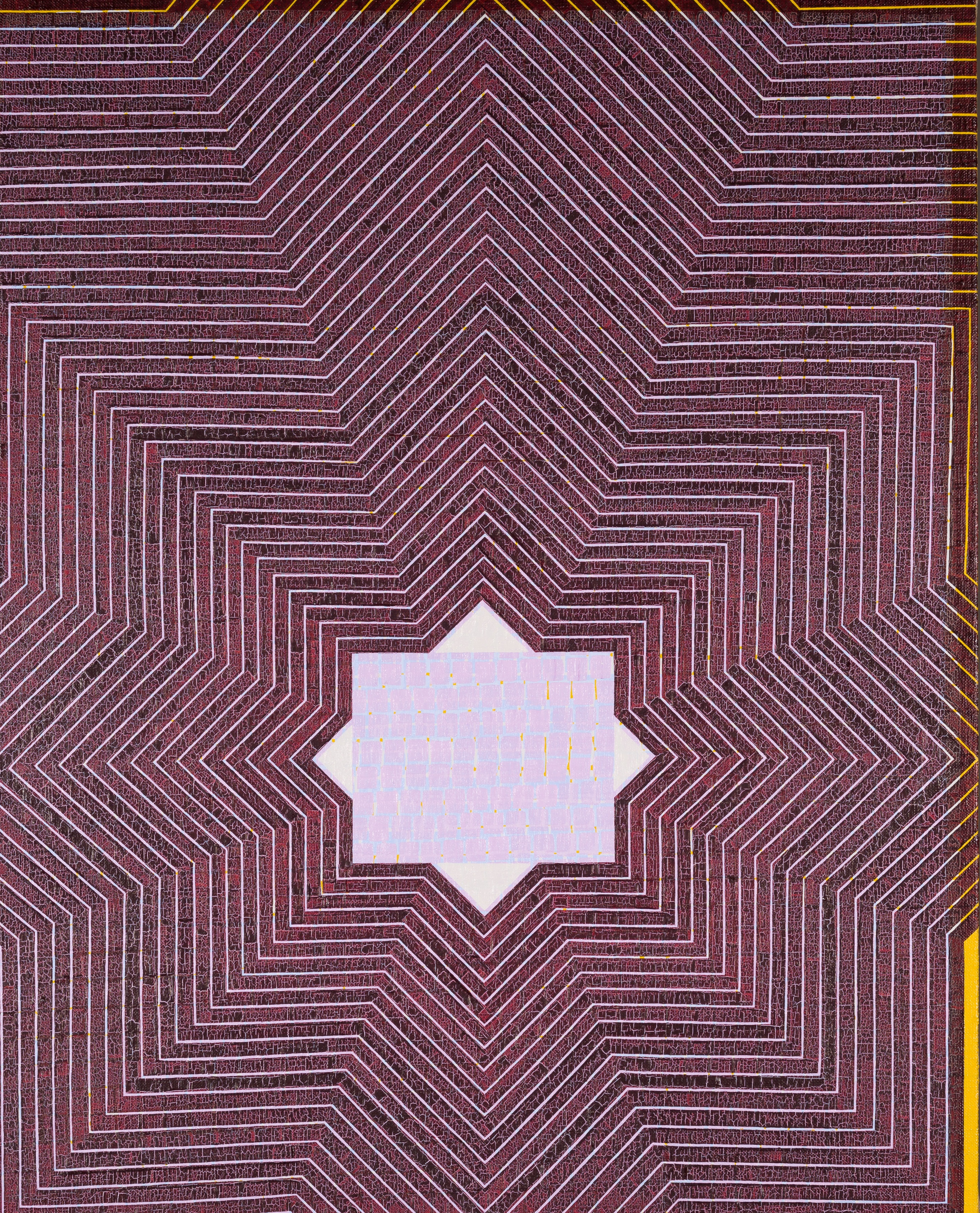 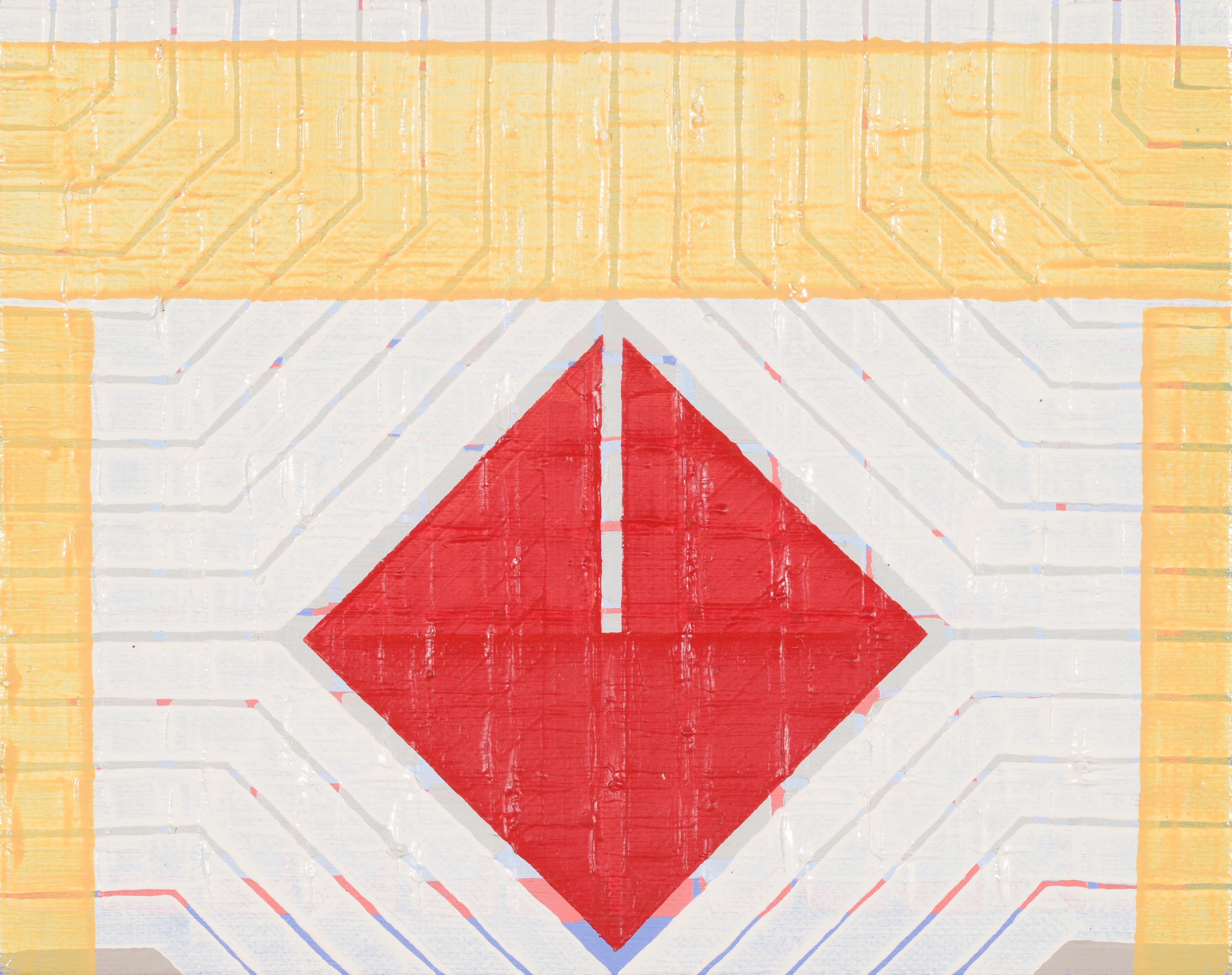 While I am working I am not consciously referencing anything outside the painting.  Each decision is made in reference to and in reaction to what has happened so far within it.  The decision which began the painting; that is, the first colour selection, sets in motion a series of choices.  I am trying to find what I think of as a living or breathing stillness.

In a sense my work concerns time though it is not conceptually about time.   The work is created very slowly and is labour intensive, and repays lengthy looking.  My work examines colour not in a scientific way, as a set of experiments to prove a hypothesis.  Rather it is the slow and methodical building up of simple overlaid pattern structures, where even a tiny sliver of colour can have an impact on another colour.  I think we are all naturally attracted to patterns, whether consciously or not; we are accompanied through life by pattern.

It is important to me that imperfections are allowed to occur and remain within a pattern or repeating structure.  With a ‘perfect’ visual rhythm the eye can skate over the surface as the brain assumes that the pattern will continue unchanged.  For this reason I like hand-made patterns which contain small mistakes, flaws, aberrations, or sometimes small deliberate changes.

Sometimes what is unseen can affect our perception of what we do see.  I am interested in archaeology, in the idea that there is history, that there are things in the layers beneath which influence what is seen above, without being seen themselves.

Our surroundings and our frame of mind affect our perception, even sound can affect our visual perception.  We very rarely look at something in total isolation.  Once my work is made I enjoy observing interactions, unexpected serendipitous points of connection between the paintings and their surroundings.