In Seven Days... & The Dance of Colour
Skip to blog sidebar navigations

We are delighted to welcome back to the gallery Nicola Green, a contemporary artist with a unique eye focused on the movements and people that lead and represent us in modern times. She is forensic in her observation, questing in her curiosity and unceasing in her commitment to creating and gathering vast visual records on each of her subjects before she enters her studio to create the portrait, or series, that she seeks. 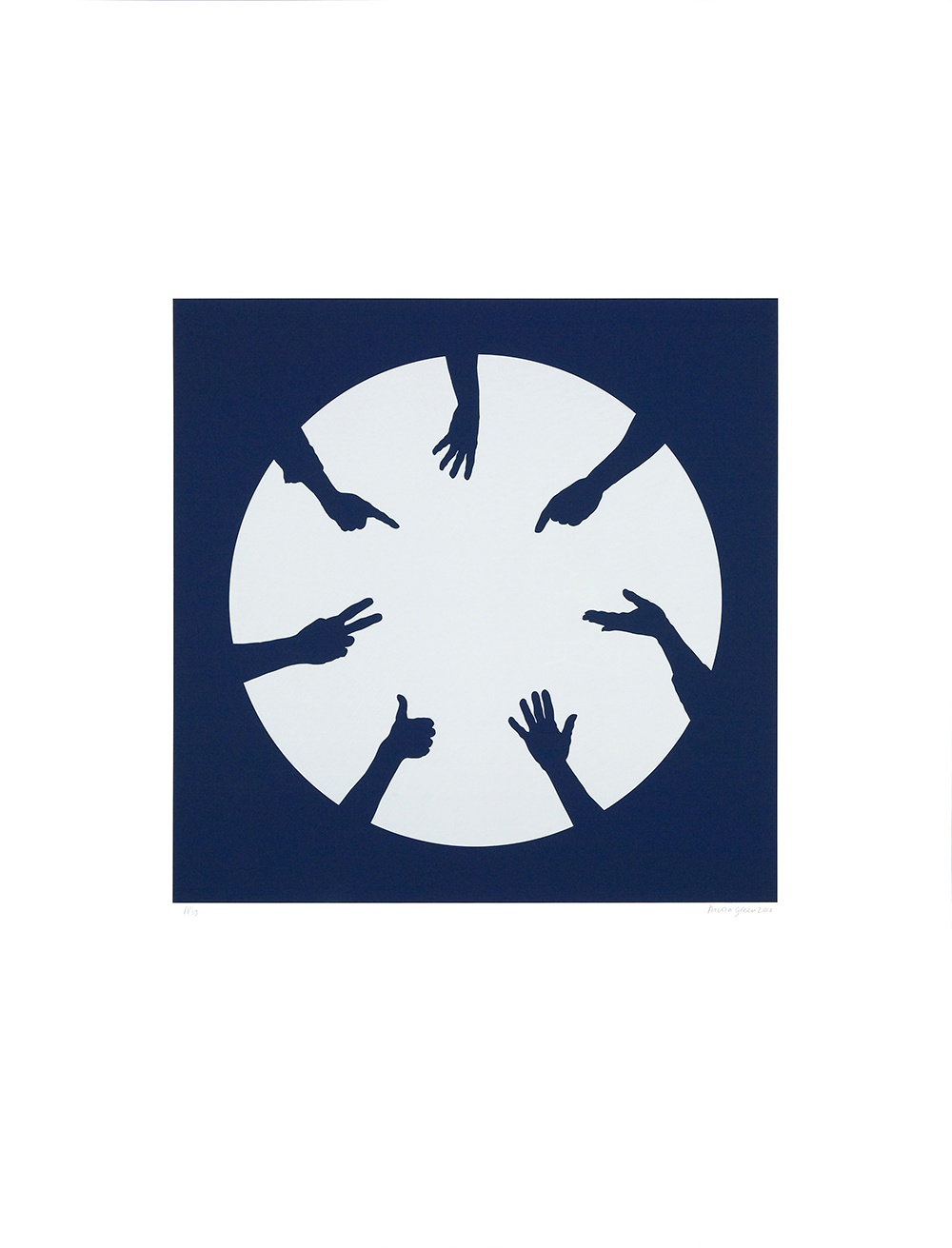 These hours, days, months, and sometimes years of accumulating evidence and experience, gives Green the platform on which to construct her work. She is able to witness invisibly, in the shadow of her subject, and quietly observe them from all angles. When this is complete, she retreats to her studio and becomes meditative and meticulous in casting aside the complex layers and disguising masks of personality to find and expose the single, simple image that will reveal the essence of the person, and the world that they inhabit. This becomes the portrait that crystallises to her, and us, the story in that moment.

Green graduated from Edinburgh College of Art in 1998 and has gone on to become a significant and influential force and voice for the visual arts. Her work has been acquired by renowned public and private collections the world over and she sits on the committees of several important art boards and colleges in the UK.

In Seven Days . . . is Green’s homage to President Obama as he fielded his pitch to become President of America in 2008. It is a portrait of a man, at a time when he became a symbol of hope in American and world history. It captures a collective emotion and reaction at a time when it seemed anything was possible for anyone, whatever their cultural heritage. 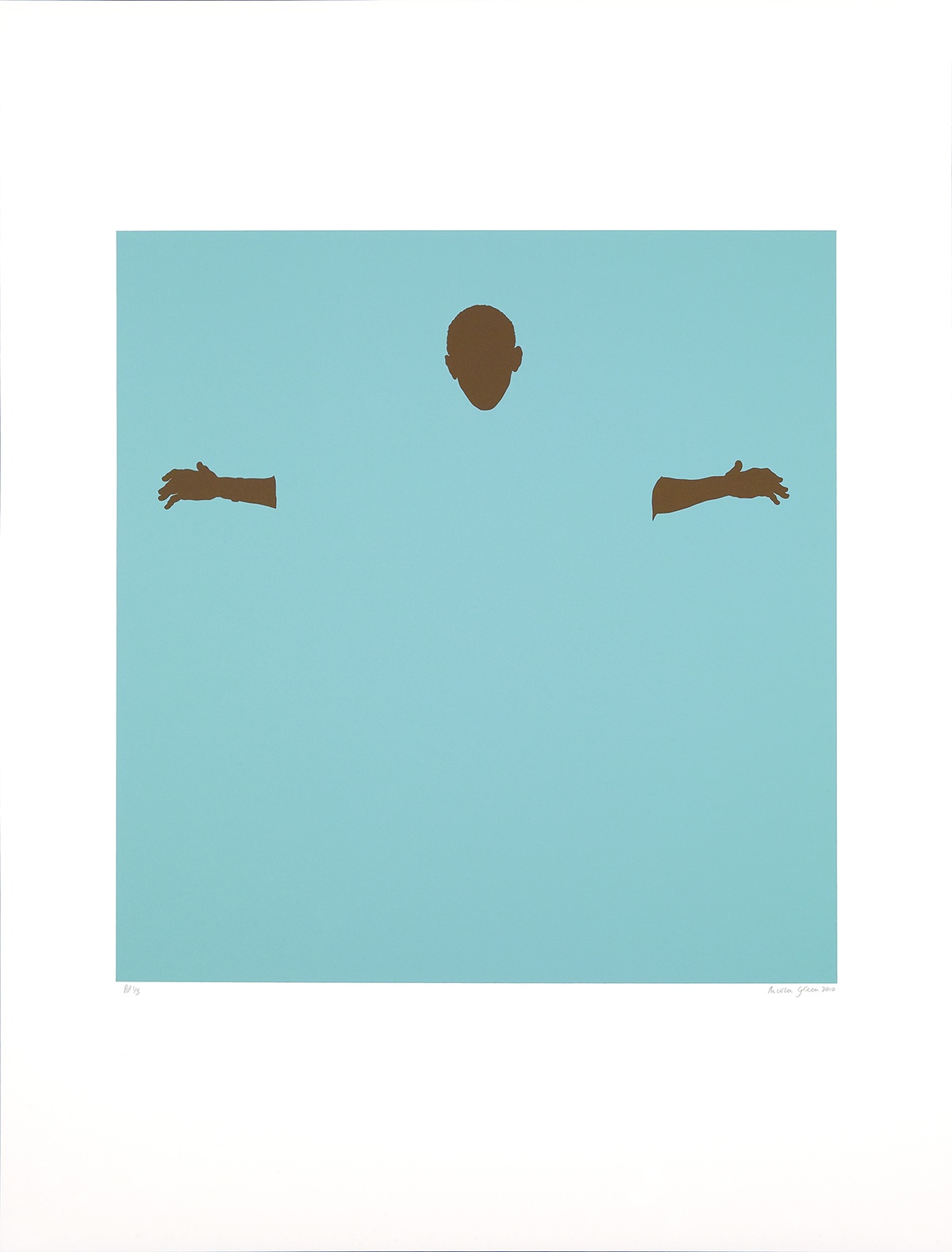 Green, herself a mother of mixed race children, was driven to record this moment for her sons so that they could see a view of a world that they too could inherit, view how they might be treated and to open their minds to their possibilities. His campaign shone a light on this and she set about making the project happen. In the preface of the original Walker Museum show catalogue, Stephen Armstrong attributes Green gaining access as like ‘a hack on a campaign trail – she used contacts, charm, persistence and ingenuity to coax her way in the heart of Obama’s quasi-military operation, nestling in surprising places and producing surprising things’.

Over seven non-consecutive days, and many flights later, she made visits to remote parts of America, attended rallies at filled baseball arenas, and armed with a camera and drawing pad, she gathered and recorded thousands of images. She describes the experience as most like a war artist. Green is clear that she is not making a statement or judgement about the political context of President Obama’s time in office but seeking to convey what the legacy of this event might mean for our children.

Her return to the studio in the UK is where she spent an immense amount of time filtering the information and thinking deeply and precisely about the final image for each of the seven days. Green comments that she was almost secretive in the works creation, preferring not to pollute the process with the noise and voices being generated at the time. Her prints, which she remarks take longer to create than her oil paintings, are complex, layered and fine. The gold leaf fist punched upwards is reminiscent of Nelson Mandela’s ‘Amandla’, the use of orange as a background colour in ‘Peace’ is a nod to Andy Warhol’s ‘Muhammad Ali’ portraits, Green also reflects on how President Obama’s skin colour was portrayed in the media, using the super size lens of a press camera staring back at us, to remind us of our role in the drama. Her final images are powerful, arresting and optimistic.

Today, eight years on, and at the end of his term in office, the future has happened. Green’s series now becomes part of the legacy, a way for us to observe, reflect and start to decide how this fleeting, important moment played, and continues to play, out in our global history and heritage as well as to remind us of a time when a mixed race individual, who knew who he was and where he wanted to go, changed our cultural perceptions made what seemed impossible, possible.

For many other mixed heritage individuals in our societies the questions of ‘Who am I?’ and ‘What can I be?’ are messier, more complex and filled with misunderstandings. More mixed race children are being born the world over, a generation of which Green’s sons are a growing part. These are questions that they now face, and which Green herself seeks to understand and encourage out into the open, in order that they, and we, can see through versatile eyes and positively shape the future.

The Dance of Colour 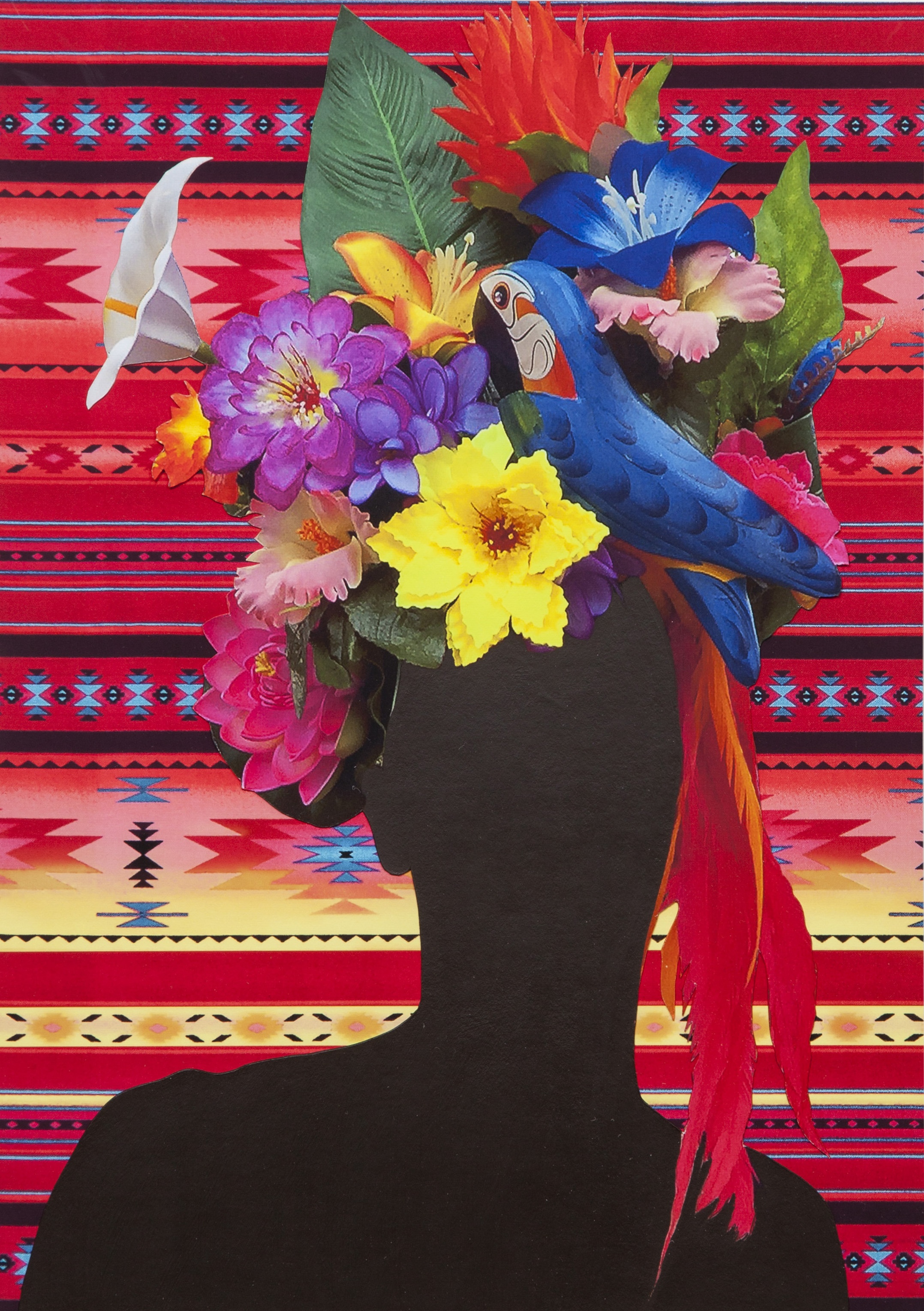 The Dance of Colour series continues these explorations on identity, culture and race, through the colourful lens of the Rio Carnival in Brazil. Fascinated by this unfettered day of celebration, in a country and city that is defined by a population of some of the most mixed heritage people on earth, Green shows us a world where all people are represented in a coming together of culture, music, food and costume. For her they are a vibrant visual metaphor for the possibilities of human understanding and the interwoven nature of cultural heritage.

Green spent considerable time immersing herself in the experience of Carnival, observing, drawing, photographing and dancing. From her source materials, Green created a diverse array of imagery, presented in mixed media constructions, of silhouetted portraits of the individual revellers that she had visually recorded at the carnival. Each is layered with photographs, domestic textiles such as vinyl and tablecloths, fabrics and wallpapers sourced from around the world and hand-painted to finish. In his introductory essay for her London preview, social commentator and writer, David A Bailey described the work as “highly constructed fragmented artworks”.

The portraits are the temporary identities, created by that individual, and which Green further accentuates by picking out the costumes, gestures and colours. Behind these pop art like masks quietly sits the individual but as a viewer we can hardly make them out and more importantly not make a judgement. These imagined personas subvert and blur the lines of identity about who and what we are. Ultimately, this work embraces a day where normal power structures, race and inequality are temporarily suspended and re-imagined and, in that single, extreme moment, the shackles of repression, history, hierarchies and rules are cast aside. Here, in one place is all the world, where anyone can be anything and accepted for all our thousands of differences.